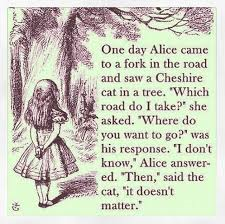 I meant to post about my resolution for 2015 before now. But, in keeping with said resolution, better late than never.

There’s more than one strand to this. Part of it’s about writing – about reminding myself of how (miraculously it sometimes seems to me) I’ve ended up publishing 6 novels and 7 novellas and each and every one has been written in snippets. Writing a little, often.

It’s a reminder, too, to try not to waste too much time on stupid stuff. Especially stuff of the ever-diminishing-returns variety. (Not that I plan on giving up stupid stuff altogether, you understand).

There’s a third thing too, and perhaps this is most important thing – around decisiveness. I can get pretty paralysed by uncertainty at times, and I want to stop doing that – stop wondering myself into a standstill. I want to say more ‘yes’s and ‘no’s and fewer ‘I’ll think about it’s. Act more, think less.

Just fucking do it.